Definition – What does Avastha mean?

Avastha is an important term in Hindu astrology. It can be translated as “stage,” “state” or “level” and refers to the states of the planets.

In yoga, avastha may have other meanings. As a technical term, it means “age,” although age plays no role in the practice of yoga. When referring to age, the avasthas are similar to the planetary avasthas and denote the stages of human life or strengths of the planets. In Hatha yoga texts, avastha is used to describe one’s state of progress.

There are also four known avasthas of a Siddha yogi on his path of yoga: the arambha (initial) avastha, ghata (second) avastha, parichaya (third) avastha and nishpatti (fourth) avastha. 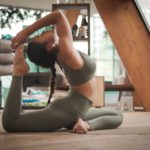